We lay in bed in his apartment in Stockholm one morning in late August. The weight of his leg wrapped over mine and entangled in the comforter is far too familiar. I turn towards him.

“If I would have stayed in Sweden, do you think we would have gotten married and had kids?”  I ask.

I am curious if he ever imagined us in a different way after so many years of friendship. But the truth is, it is hard to imagine us being anything else than this. Comfortable, silly, sincere. And we may never have gotten here had our lives not unfolded the way they did. Had I never moved away from our neighborhood back where we both grew up. Had I then later never left Sweden. Had I never lost myself that summer fourteen years ago, and tried to check myself into a psychiatric emergency room. Had I never asked my mother to let me die.  Had I never picked up the phone and agreed to meet him for coffee. Had I never.

It was a summer fourteen years ago when we reconnected. I was home from New York visiting my family in my home in Sweden. I had grown accustomed to worrying more than usual that year, even about small things. My motto in life was to expect the worst. When the heart palpitations and tingling limbs started to happen earlier in the year I figured it was nothing out of the ordinary, just part of being stressed. Once I went home for summer break I would be fine. But that summer turned out like nothing I had imagined.

It was a tough year to leave behind: going back to college, working late nights, a breakup, two towers falling, and the unexpected loneliness of being a 25- year old in New York city. By the time I got off the plane to Sweden the symptoms had gotten so bad I was for two days trapped in a neurotic state of mind where I refused to turn on the TV because people’s voices made me think I was crazy; refused to eat or drink because I was convinced it would poison me; refused to sleep because I feared I would be trapped in my own dreams. On the third day, my paranoia had me walk 45 minutes to the hospital in our town and begging them to check me in to the psychiatric emergency room.

They didn’t take me in. I was about to have a panic attack, they said. I thought, I was going to die. My throat retracted to the size of a cocktail straw, and my heart beat started to pound my ribs from the inside hard and vicious and hard, chipping chunks off the bone. I was delirious and saw myself in two; one part of me filled with liquid up to my throat, and the other a miniature figurine of myself clawing the back of my own tongue, petrified to fall into my own body’s liquid. It was like hallucinating on a bad drug but worse, I was not on drugs. Whatever was, was me.

I don’t recall much what happened once at the hospital. My next memory is back again in my mom’s house, all my anxiety gone and replaced with a hollow space. My emotions and senses all shut down like factories in time of recession. An eerie silence filled my head. Past or future did not exist. I stared into a wall for hours or seconds, it all seemed the same. Someone must have robbed me of every memory and experience just like that, I thought. I was confused. Did someone carve out my insides at the hospital? But no, they had just sent me home. This was temporary and normal to feel this way they said. For days, I didn’t feel normal. In fact, I didn’t feel anything. A shell. Empty. Ghostlike. One morning I told my mother I thought it would be better if I went to bed and didn’t wake up again. Could she possibly help me with that? She couldn’t. I was put on anti-depressants.

It was around that time he called, my childhood friend who I had not seen since I was 12-years old back when we lived in another suburb to Stockholm. He had gotten my number from a mutual friend from childhood whom he had run into a few nights before. He asked if I wanted to meet for coffee. It had been so many years since we went to elementary school together, wouldn’t it be fun to catch up? I didn’t know how fun it would be. But I also don’t know what prompted me to agree.

We met up in Ralambshovsparken in Stockholm city, where you can go swimming or just walk around in the park. My mom had stuffed my bathing suit in my purse last minute. I don’t know why since I didn’t care much for swimming, but she was hopeful I was going to do something other than stare out the window or watch her knit. I contemplated leaving to go back to my mom’s house as soon as I got off the subway close to the park. What was I doing? All we really had was a childhood together, a childhood long gone. Not only was I as much of a stranger to his life as he was to mine, I was stranger to myself.

“So great to see you!” He said as he came up next to me on his bike.

I watched him as he locked up his bike, he looked the same as when we were kids but way taller. In the back of my head I still tried to find an excuse to leave early to avoid any awkwardness that I would most likely cause. But before I knew it he was walking over to hug me. My back stiffened and fired off an invisible armor which he didn’t seem to care for, or notice. I disappeared in his arms.

My back gave into his hands, I allowed his shoulder to hold my head, and I inhaled close to his skin, deep. And in less than a second I was launched into another place and time. His scent shot through my pores, tugged on the cords to my brain, and charged me to the edge of a cliff where all my senses awoke. I swayed, not realizing what was happening. I held my breath and there it was. Warm asphalt in the July sun, barefoot in the grass, soccer with all neighborhood kids my backyard, bicycle races, knee scrapes and Band-Aids, fresh strawberries and milk. I knew this place well. Summer childhood. My home where I grew up.

I wanted to pull him close, to hide my face between his chin and collarbone, and keep this moment forever. Stay with me, I begged. Stay. The wind sighed. He let go, oblivious to where he had taken me. He smiled, “You look great, Anna.” And like that, I was back to reality.

A reality where the sun rested on skin I couldn’t even feel. But something had changed. One breath. His scent. A peek of my past. I had known life differently. I had felt life differently. I stood there with tears running down my inside like water finding ancient creases of a cave, off the back of my tongue, into the hollow space below. He didn’t see any of this. He didn’t know that in that moment I had been more alive than I had ever been in weeks.

The sky was still bright as the day moved closer to evening, and we moved closer to one another. I looked out on the water and almost forgot how beautiful Stockholm was this time of the year, bare and tender after shedding a dark winter coat. By the time the stars made a brief visit on the northern summer sky I was strangely comfortable with him.

We spent every day together for the rest of the summer. We rode bikes, went swimming, and made leverpastej sandwiches breakfast. We tickled each other’s backs, counted sunspots on our skin, and made out on his IKEA couch. We teased each other about silly things we did as kids. I re-discovered laughter. At night he pulled me close, swept my hair up the pillow, and dug his head in back of my neck. It was all effortless. He invited me on journey without knowing it, and brought me back to the core of who I was. Reminded me of where I came from, what I used to believe in. By the end of the summer I slept through the night, I dreamt in colors, and I woke up whole.

Here we are, fourteen years later. His leg resting heavy on mine in bed. The sun is yawning up the facade across from his apartment. Stockholm is waking up. He will soon get up to make coffee.

I have grown to love him differently than any other friend in my life since that summer. I have no afterthought of what happened to me back then, as I have accepted it for what it was. A fluke. An exception to rest of my life. An unfortunate coincidence, or a fortunate disconnection. Call it what you want. I am grateful for the journey that followed. I know he never intended to be more than just a friend who shared a few laughs and a cup of coffee back then, but sometimes that is not in your power to decide. When we let go of expectations and judgements, magic does happen. And that will never change. He gets out of bed. I stay for few minutes longer. I stretch my body over to his side, bury my head in his pillow and inhale. 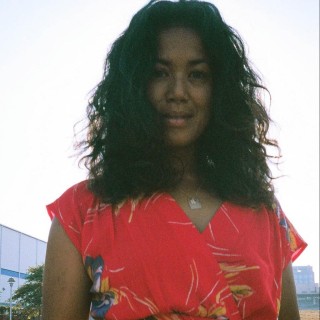